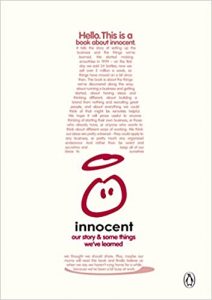 A Book About Innocent

If I Could tell You Just One Thing…

When Richard Reed is booked for events, they are known to discuss the following speaking topics:

The Innocent Story - From Start-Up to Exit
ESG - Environment, Social & Governance and Why They Matter
Corporate Social Responsibility
How Creativity Leverages Innovation 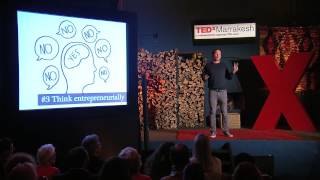 A Book About Innocent

If I Could tell You Just One Thing…
Topics

When Richard Reed is booked for events, they are known to discuss the following speaking topics:

The Innocent Story – From Start-Up to Exit
ESG – Environment, Social & Governance and Why They Matter
Corporate Social Responsibility
How Creativity Leverages Innovation
Videos

From a market stall to an award-winning global brand, Richard Reed is responsible for the exponential growth and success of Innocent Drinks. As a social entrepreneur, Richard is driven by supporting worthy global causes, and as such he has had an incredible influence on consumer conscious. Currently, Richard continues to invest in innovative start-ups and is a popular speaker to discuss the relationship between business and the environment. Backed by his experiences developing a successful venture that gives back to people and the environment, Richard now supports corporate clients in replicating his sustainable solutions in their businesses.

Starting with a simple idea to make healthy, tasty smoothies, Richard joined forces with two of his fellow Cambridge graduates to pioneer the idea at a festival. After a resounding success at their trial event, they Co-Founded Innocent Drinks in 1999. With the brand becoming the biggest of its kind in Europe, Richard turned his attention to the impact of the business, creating The Innocent Foundation in 2004 to support projects working against poverty, sustainable development, and hunger. He also invested in making Innocent an environmentally conscious business, and in 2007 Innocent were the world’s first drinks company to use 100% recycled plastic in their bottles followed by 100% British ingredients, lowering their carbon footprint.

Having sold his share in Innocent Drinks in 2013 to Coca Cola, Richard has continued to invest in innovative new companies such as Deliveroo and Graze, as a Co-Founder of Jam Jar Investments. He has also presented ‘Be Your Own Boss’ on BBC and written two books: Innocent, and If I Could Tell You Just One Thing, all of which aim to support others in adopting his success and eco-friendly business practices in their own lives.

Honoured with a CBE in 2016 for his services to the food industry and charity, Richard is an international leader in the field of sustainable corporate solutions. With such an extensive and evidenced experience of making the environment matter in business, Richard is the ideal speaker booked to transform the future of a brand, with his actionable strategies.

Richard Reed is regularly booked to engage audiences at events, read their latest feedback below:

“His message was very relevant and thought-provoking, and he was a speaker many could have listened to for very much longer than the time he was given. We would have no hesitation in booking him again.”

“Richard was a great addition to the conference. His style was relaxed, inspirational and extremely engaging. Very positive feedback!”

“Richard brought his slides and it all worked very well technically; his talk was really great, and we’ve had some excellent feedback.”

To enquire about Richard Reed for your event or corporate function, simply contact us via agent@sustainability-speakers.com or call a booking agent on 0207 1010 553.